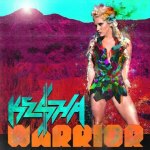 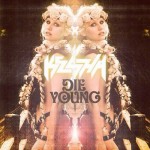 . After what seems like a lifetime waiting for new material from the electro-rap queen that is Ke$ha we finally have the debut single from her sophomore album, along with the album cover/title/release date. Written with Nate Ruess from chart staple band Fun. and produced by Dr. Luke & his most-used Rx group henchmen Cirkut and Benny Blanco, the track is a great balance between the more creative rock side Ke$ha promised for this album without alienating anyone with her usual raps on the verse sections. Although I’m much more inclined to like the album track ‘Supernatural’ in all its electro-bass glory, for which Dr. Luke released a clip on soundcloud a few months ago, hopefully this track and its massive Fun. influence on the chorus will catapult record-breaking chart mainstay Kesha Sebert back to the top of the charts where she belongs!